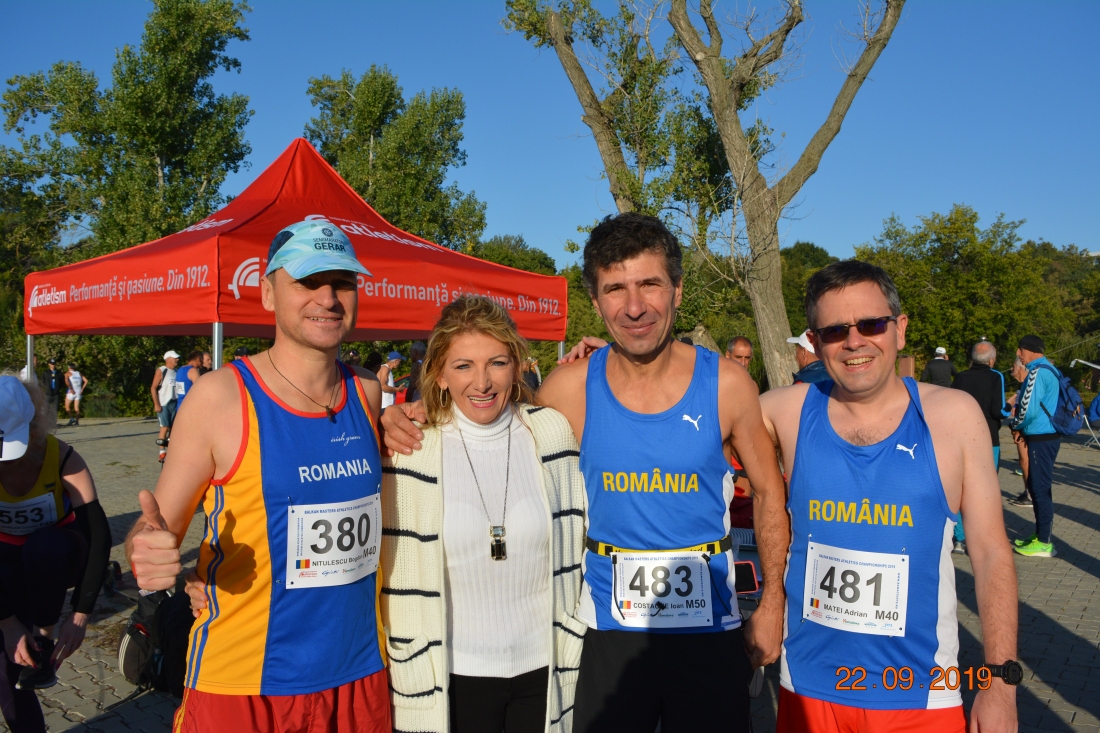 This year edition of the Balkan Masters Athletics was organized in Bucharest. It was a competition open to all athletes from Balkan countries aged over 35. It had all the races you can see in the athletics section of Olympic games with some small differences, one being that instead of a marathon the participants run only a half marathon because it deals with people over a certain age.

It was a nice edition with many spectacular races. I liked watching the relays but also the spectacular 3000m obstacles or the 1500m race. Except for the half marathon, all the other events happened on “Iolanda Balas” stadium.

It was a good opportunity for me to see how prepared I am for the traditional half marathon I run every year in October.

There were around 80 participants that started the race on a beautiful Sunday morning of September. We had to run 3 times around the Herastrau lake as shown in the map below where a lap is around 7 km long.

Constantina Dita, the Olympic champion, was invited to give the start signal for the race and she not only did that but she also watched the whole race and gave water to the thirsty runners after each lap. In the end, she congratulated the finishers. It was very nice of her to go the extra mile and I am sure that as myself all the runners really appreciated this. A warm thank you to all the arbiters and officials who were aligned on the route to make sure everything is ok. They stayed there for more than three hours until the race finished.

As for the race itself, I started with a comfortable pace of 5 minutes and 10 seconds per kilometer and continued at that speed for 14 kilometers when a runner from Greece reached me from behind. In all the races before I focused on my run, but this time I made the mistake to compete with this guy. For the next 3 km, I had a pace of 4:50 which was too fast for me. As a result for the last 3 km of the race, I had an average of 5:24 and finished in 1:48:05 official time ranked 8th from 12 participants. While this is not my best time for a half marathon (1:46:46), I am happy with my performance, an average of 5:08 per kilometer for 21 kilometers. In the end, I congratulated the runner from Greece who finished two minutes ahead of me. Running and sport, in general, is about fair-play.

I would like to thank my coach, Stefan Oprina, the driving force at “Trupa lui Fane”, who is helping me for over a year to improve my running with great advice in cool training sessions together with many other runners.

Many thanks to Radu Neagu who made the photos above and sent them to me late in the night so I can write this article!

I liked this edition of the Balkan Masters and I would like to participate next year as well when will be hosted in Albania.

My next race will be at the traditional Bucharest Marathon on October 13th when my objective is to finish the half marathon in one hour and forty-five minutes.